Coal is NOT Dead!

Coal is NOT dead.

Sure, some folks will argue otherwise. Certainly there are plenty of overzealous tree-huggers and pissed-off Democrats that don’t want to hear the truth. And yes, there are also plenty of coal industry outlooks for 2017 that will counter my thesis.

But no matter how you slice it, coal ain’t dead.

While it may have lost some market share over the past five years, it still represents about 30% of all the electricity we generate today. That’s more than nuclear, and more than all renewables combined.

Interestingly, while the coal bears came out swinging early last year, warning of some kind of “war on coal,” plenty of coal stocks soared. 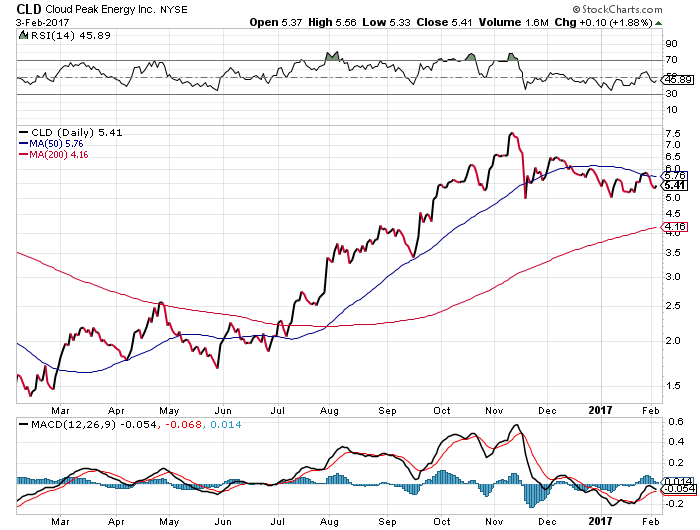 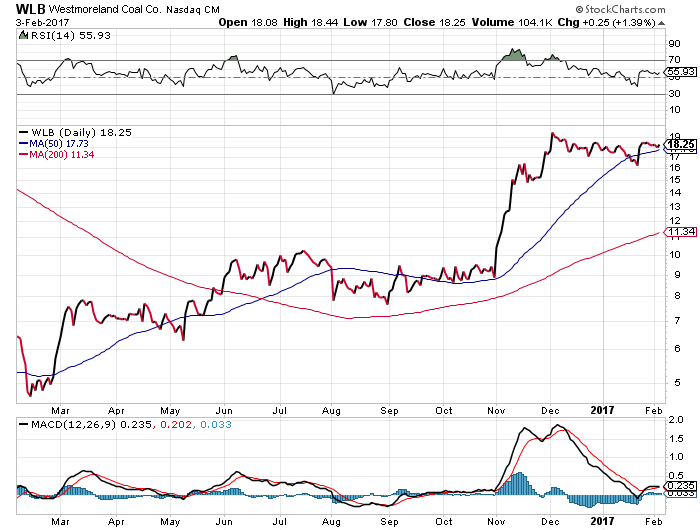 Not bad. Especially for a stock that plenty of analysts bet against in the wake of the imaginary “war on coal.”

Coal Will Be Around for a Long, Long Time

Few administrations have been as aggressive towards the coal industry as the Obama administration. But it doesn’t take a rocket scientist to know that it’s dirt-cheap natural gas that’s been stealing coal’s thunder — not a bunch of bureaucrats in Washington.

Still, coal is very much a part of our energy economy today, and it will stay that way for plenty of years to come.

Yes, it’s true that renewables are growing fast and furious. Wind energy in particular has been delivering more and more of our electricity over the past few years. And with the integration of new storage technologies and smart grid systems, this is a trend that’s only going to continue.

It should also be noted that there is no industry in the energy space growing faster than solar. In fact, a new solar installation is now completed about every 80 seconds. Based on this rapid pace, the solar industry will have more than 2 million systems in place by next year.

And here’s the craziest thing...

Last year, based on megawatts installed, more solar power systems came online than anything else — including natural gas power plants.

Make no mistake; the solar industry is no longer just the domain of environmentalists and wealthy eccentrics. It’s a major force and should not be considered anything less.

Of course, that being said, even with this kind of growth, solar still only represents about one percent of our electricity production in this country. A far cry from the roughly 30% coal generates, to be sure.

So when I hear folks say coal is dead, I can’t help but laugh.

While it’s ridiculous to trivialize the impact coal still has on our grid, as investors, we do have to accept the fact that coal will not always enjoy its “King” status.

Even with fewer regulatory hurdles through which to jump now that Trump is in office, the coal industry simply cannot grow the way it once did.

Cheap natural gas and the very real threat of renewable energy are already seeing to that. In fact, a recent report from the Grantham Institute at Imperial College suggests that by 2040, solar could end up supplying 23% of global power generation. Such an impact would likely bring coal’s global market share to less than 10%.

While I have no doubt that this prediction is accurate, you’re still looking at a more than 20-year downward slope. And in the meantime, with the Washington machine now shining on the struggling coal industry, there are plenty of coal companies that could benefit this year.

Don’t get me wrong. Easing regulations on the coal industry won’t stop the death spiral. It’ll merely give it a sliver of wiggle room. But that doesn’t mean investors can’t take full advantage.

The bottom line is that coal stocks could get a nice boost in the first half of 2017. So if you don’t mind the risk, these next few months could be an excellent time to trade some of these things. But long term, there’s no rational justification for investing all your hard-earned cash in an industry that — while it will take the next 10 to 20 years to disintegrate — is going to go the way of the typewriter.

No, coal is by no means dead. But just three years ago, it accounted for nearly 40% of all electricity production in the U.S. Next year, it’ll fall below 30%. You simply can’t lose 10% market share every four years and survive.