China Will Dominate the EV Market in 2018

Sometimes it just takes the right product to drive a market.

When it comes to electric vehicles, that bar has been set by Elon Musk.

But even though he’s sitting on top, he certainly wasn’t the first.

Back in the 1970s, the U.S. was immersed in an energy crisis, and the market was ripe for a better option.

And a small company named Sebring-Vanguard offered up a solution in the form of its Citicar.

Unfortunately, its designers decided to take a large doorstop, slap on a battery, and paint it red: 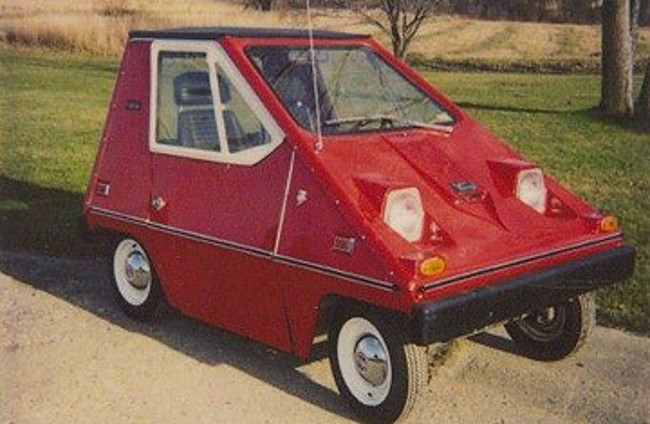 First offered in 1974, the two-door electric Citicar gave commuters a chance to pass those incredibly long lines at the gas station on their way to work... assuming the distance to work was no more than 40 miles round-trip.

Needless to say, this glorified golf cart didn’t last, even though it did propel Sebring-Vanguard to become the sixth-largest automaker in 1976.

EV Revolution 2.0: Carve Off Your Slice of the Profits

One more glance at the Citicar above, and you can probably understand why it didn’t catch on more. Then again, it was the ’70s.

I’d sooner take the electric carriage that William Morrison built back in 1890 on my daily commute.

But we’re far beyond that now.

Today, our eyes have shifted their focus across the Pacific, settling squarely on the Chinese... what will they do next?

Saying you’re going to ban all fossil fuel-driven vehicles in the near future is one thing; actually doing it is an entirely different thing.

And it’s clear to investors that there’s no looking back now that the world’s second-largest economy is kicking the EV revolution into high gear.

And just in case you were curious, China smashed that sales figure last year: 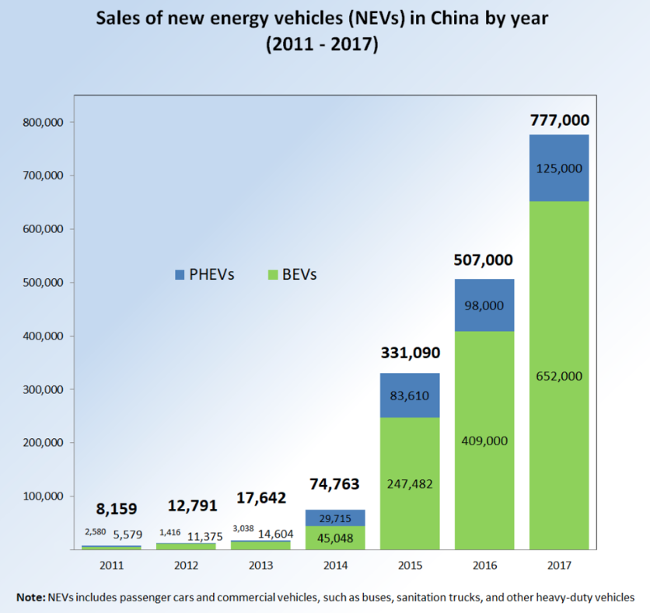 If I were to ask you how you would carve off your own slice of the EV pie in 2018, I’d bet your first inclination would be to think of Tesla.

I can’t blame you.

Despite the fact that shares of Tesla are grossly overpriced right now, the stock still would have returned you a solid 11% so far in 2018.

For most analysts, Tesla is firing on all cylinders now that Model 3s are finally rolling out of the Gigafactory-1.

It’s only a matter of time before a challenger appears.

In the meantime, I would direct your attention to another elephant in the room that nobody wants to talk about.

You see, China has one serious hurdle to overcome.

It’s the same crisis in which the rest of the world’s automakers are finding themselves.

I told you before that their success hinges on the one thing: securing the critical materials necessary to convert the world’s vehicles to electric.

I’m referring, of course, to lithium...

And within the next decade, roughly 65% of the world’s lithium supply will be used in one key sector: batteries.

In fact, Elon Musk has said himself that his gigafactories would require an incredible amount of lithium to churn out his line of EVs.

So when you consider the fact that he’s not the only player in town (nearly every major automaker has announced they’re transitioning to electric fleets), you can see how this might be a problem. When more than a dozen of these massive battery factories are on-line, it’ll drive lithium demand higher for decades.

How heated have things become?

Let’s just say it’s pitted two of the world’s richest men against each other, with both of their vast fortunes officially at stake.

Neither expects to lose.

And this bitter rivalry will reach a fever pitch in 2018 as the battleground shifts to China’s EV sector.

I strongly recommend you check this situation out for yourself right here.