An Unconventional Future for Crude

One quick glance out the window, and I knew we weren't in Baltimore anymore.

In fact, it didn't even seem like we were even in Canada...

The twister had scooped up my beaten-down Chevy and dropped us in the middle of a wasteland.

Having just woken up after rolling into Fort McMurray, my cohort's face immediately scrunched up as the smell of oil wafted inside the car.

The passenger-side window had been kicked in just weeks before, and procrastination mixed with the hope of a new car prevented me from dishing out more cash on the junker.

But I didn't pay him much attention. He'd get used to it.

And soon enough, he wrinkled his nose and turned to me with a sly, knowing smirk.

And believe me, dear reader — you know when you've crossed into oil sands country. 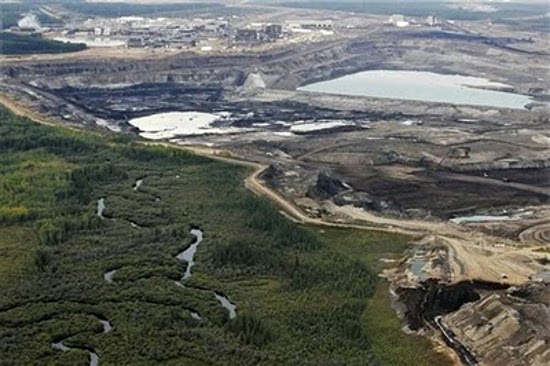 There was no question we had arrived.

However, what we were searching for didn't come from gigantic shovels and trucks...

We were here for the future.

The WCSB: In Canadian Oil We Trust

Whenever we talk about Canadian energy, there's only one place to start: The Western Canadian Sedimentary Basin (WCSB). 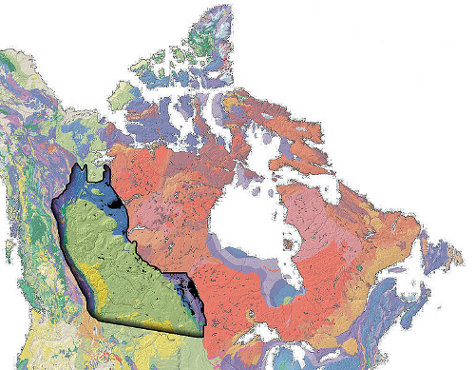 It's here that the Canadians are developing one of the world's largest oil and gas reserves.

Throw in some coal — roughly 90% of Canada's usable coal reserves — and uranium to boot, and we can all but award them for energy production in the North America.

However, we weren't there for the later two resources, nor interested in its natural gas at the time... We were hunting for oil.

And the WCSB certainly has enough to last.

Consider that Canada has 175 billion barrels of oil reserves, give or take a few. The WCSB holds more than 170 billion of that total.

So, it should come as no surprise that well over 90% of active Canadian drilling rigs are there. More than 92% of all Canadian oil production is located in the WCSB.

To say the basin is valuable is a gross understatement...

Unfortunately, all is not well for Canadian crude.

Their production of light, easy-to-get oil is becoming scarce. In 1999, light, conventional crude oil from the WCSB made up 65% of Canada's total production. Last year, that share in total oil production dropped to less than 25%.

And yet, the U.S. continues to clamor for more of Canada's black gold.

The result has been Canada's ever-increasing reliance on the oil sands resource. Remember, all but about five billion barrels of Canadian crude is from the oil sands, now representing 97% of Canadian reserves and about half of total production.

Then again, oil sands production is undergoing a major change...

Last weekend, we took note that approximately 80% of the bitumen is buried too deep.

I remember staring into the open mining pits just a hair north of Fort McMurray. When you consider the immensity of the surface mining projects environmental impact, it's easy to become awe-struck at how little of the resource will be mined.

Right away, I knew that that was why we just spent the last 40+ hours listening to the same Credence album on repeat.

Although we took a few hours poking around the massive Syncrude project, there were much better opportunities around.

Furthermore, many of the companies operating in the oil sands not only understand this; they're already preparing for it.

Some companies, like ConocoPhillips, are leaving the mining game completely to focus on in-situ projects. Sinopec shelled out $4.3 billion for their stake in Syncrude.

Here's how most of the herd thinks: Just because something is big, it has to be the best.

Try telling that to my neighbor. The poor guy cries every week when he has to fill up his Hummer.

When it comes to oil sands production, it's certainly not the case. While it's still fresh in our head, let's look at an example from the Syncrude project.

Take these three companies that are part of the huge Syncrude mining project: Suncor (NYSE: SU), Imperial Oil Resources (TSX: IMO), and Canadian Oil Sands Limited (TSX: COS). Together, they make up nearly 73% of the Syncrude ownership: 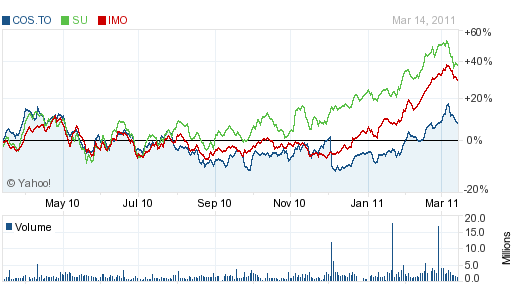 Did you notice two of those companies are doing significantly better for investors?

Interestingly, the one company lagging on that chart only deals with surface mining operations. Both Imperial and Suncor are developing SAGD projects.

Over the next decade, in-situ production will become the dominant share of oil sands production.

True, SAGD and other in-situ recovery methods have obstacles to overcome. We won't gloss over the environmental realities of extracting bitumen from the ground. Over the next few weeks, we'll take a look at both sides of that war.

Then again, my readers know how profitable these in-situ stocks truly are... Their latest play is one of the leaders in SAGD technology. After all, they were among the first to start producing those deep reserves.

P.S. My colleague, Steve Christ, knows all about investing in future technology. His readers have been at the forefront of the biotech industry for years. Take a few moments to learn about his latest investment report, which focuses on a small, relatively unknown company that's making huge waves in regenerative medicine... It could easily become his most profitable pick so far.