Water is one resource that is absolutely necessary for life. Humans can't survive more than a few days without it, and without water, crops wither and die. You would think we'd consider it a precious commodity. But in the United States, especially on the East Coast, we don't tend to think of water as the valuable commodity it really is. Usually the worst drought we have on the East Coast is one that causes us to water our roses less, and make our lawns brown instead of green.

At this point, the drought that is hitting its fifth year in California has become old news. We know that the state is suffering from a bad drought... but did you know that it's the worst drought in 1,200 years? 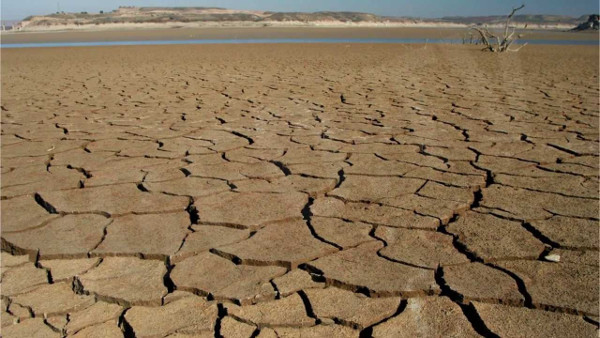 That's right, according to research, California has not seen a drought like this since 816 A.D. And while at first we thought it was something that could be fixed with a good season of rain and snow fall, it turns out that's not the case.

California largely relies on snowfall for their water supply, but even though the El Nino storm last year delivered near-normal snow fall in Sierra (an important statewide water supply) it wasn't enough for recovery. Even if the next several years bring above-average snowfall, there still won't be enough water to make up for the four year deficit that the state is currently under.

Even with huge water restrictions enacted on farms and cities, the state could take years to recover, and with the world-wide water supply dwindling, water restrictions that have been imposed in California could become old hat for many advanced countries, and could cause devastation in terms of drought and famine in poorer ones.

That's one reason water is such a great investment. It's one of the world's most important resources.

And it's running out.