The news is out today that Russia is yet again in talks with Saudi Arabia to put a cap on oil production. This moved oil prices up 2.5%. Brent is now at $53.27 a barrel. There's a good chance that oil will clear $60 by Christmas. 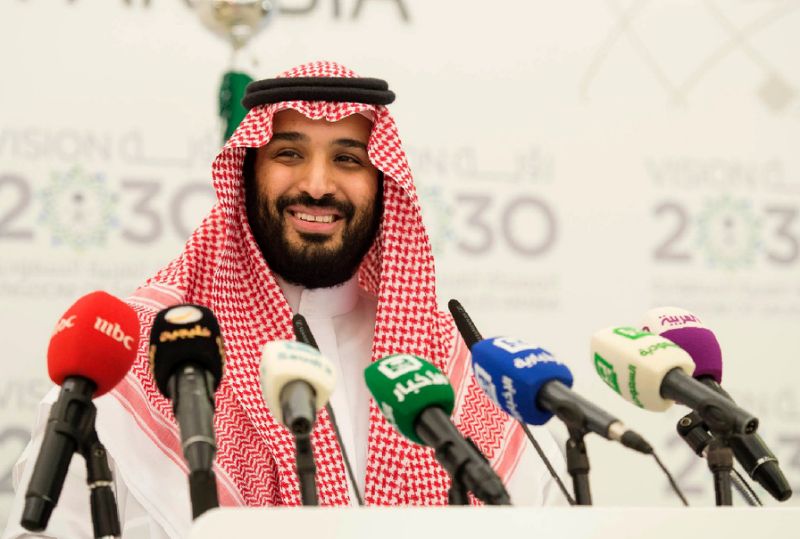 Hit for the Cycle

It did... My readers in Crisis and Opportunity made the appropriate bets on airlines and cruise lines, as those stocks go up when the price of oil falls.

Then, in February of 2016, when everyone hated the oil markets, I wrote in an article titled “Damn, Oil is Cheap”:

You know it's a bottom when people don't even want to talk about the possibility of buying. Then you wait until the downtrend is broken, a technical bottom is put in, extreme value is there, and the smart money comes back.

I've been in the oil game for two decades. There is one basic rule: buy low and sell high. Don't get me wrong; you don't need to call the absolute bottom. Trading energy is like cutting up a fish — you don't need the head or the tail; you just eat the fat, juicy part in the middle.

The second rule is have fun... Investing in small, obscure companies gives you the same thrill of adventure you’d experience if you were uncovering a mine in a little-known African country or finding new technology in a small town somewhere in the Middle Kingdom — without leaving the comforts of your home.

And the third rule is that you find the biggest and best gains by "investing when there’s blood in the streets"... when certain stocks are too "risky" or unheard of. Why? Because that’s when the downside is minimal and upside is practically infinite.

And right now it’s no secret that oil’s been beaten up...

We’ve seen a glut of oil that has even pulled down gas prices for a prolonged period. That's starting to change. Oil prices have been clawing higher despite the negative sentiment.

It went on a tear and sustained $80 and higher for more than four years.

And many investors were able to get very, very rich by investing in the right companies...

But this was a great company, sitting on a potential 66 million barrels of oil and ready to ride the uptick in oil price. 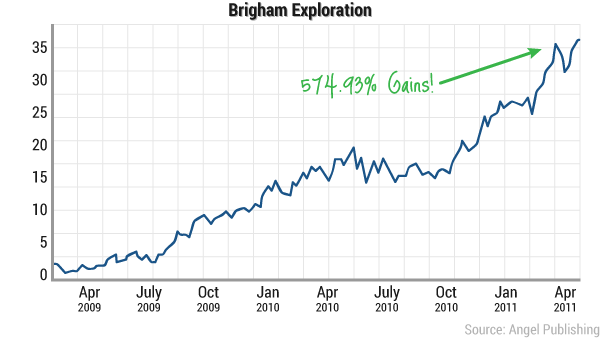 Or how about Petro Matad, another company beaten up by oil prices... You may remember me telling you about it when it was super cheap. Crisis and Opportunity readers were able to get in on January 5, 2010. 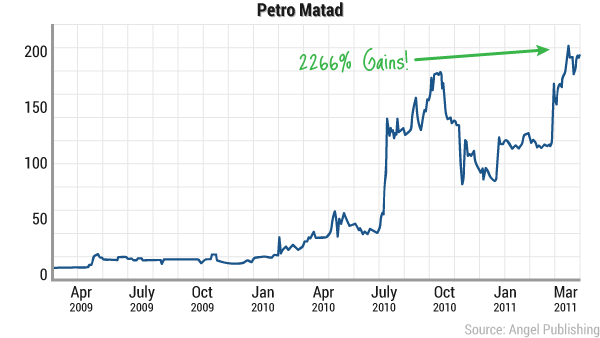 Of course, to book these huge gains, we had to spot the bottom in oil...

And you know what?

I’m going to say something most other analysts are too scared to... The bottom is in.

In a just a few years, you'll be reading headlines on Forbes and Bloomberg like “High Prices are Here to Stay” and “This Time it's Different.” And that will be the time to lock in massive gains.

But now... now is the time to buy when oil is just coming off its lows.