Building an Empire in the Eagle Ford

This Wednesday, Sanchez Energy Corp. announced it agreed on a $639 million deal for a substantial portion of Royal Dutch Shell's Eagle Ford acreage.

The purchase includes 106,000 acres in Dimmit, LaSalle, and Webb Counties, and it effectively doubles Sanchez's acreage in the play to 226,000.

And make no mistake; Sanchez is the big winner in this deal.

To start, it got an astounding amount of acreage for an outrageously low cost. Normally, we expect a deal of this size to have a price tag in the billions, like Devon Energy's $6 billion purchase of GeoSouthern's 82,000 net acres just last year.

That's also not to mention how efficient companies in the Eagle Ford have become since 2008. Production in South Texas has surged over the years as companies perfect their drilling and completing operations. 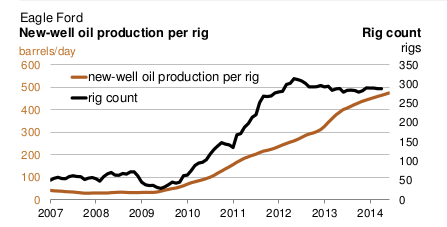 In other words, Sanchez walked away with a steal.

These new leaseholds will give it 176 operated and producing wells that will tap into an additional 60 million barrels of oil equivalent in proved reserves.

Moreover, the deal gives Sanchez a considerable boost. Not only does it double its previous reserves of 59 million barrels of oil equivalent, but it also adds 24,000 barrels per day to the company's daily output — effectively doubling it production.

This only reaffirms an opinion we've held since the start of the tight oil boom in the United States: not all drillers are created equal, especially when it comes to tapping these massive shale plays.

You might think that Shell — with a century of drilling experience and a $251 billion market cap — would be able to fracture a few wells in Texas, where even the tiniest companies have found success.

Unfortunately, that's not the case here. This time, a much smaller Texas operator (which has only been around since 2011) is taking full advantage of Shell's divestiture program.

Who knows? Maybe Shell is just too busy with its Arctic pipe dreams or even restructuring its dividend to recognize the potential sitting in front of it.

In fact, it was Shell that recently announced it was trimming its upstream business in America by 20% for failing to turn a decent profit. And this nearly $700 million deal is only part of the $15 billion worth of assets it plans to sell by the end of next year.

Meanwhile, Sanchez Energy has seen success drilling just a few miles east of its new land and expects to replicate the same low-cost operations in its new acreage.

It isn't the only company setting its sights on the Eagle Ford, either. In fact, the Sanchez-Shell sale was only one of several such Eagle Ford deals to come across my desk recently...

Whether it was Sabine Oil & Gas adding another 8,100 net acres to its South Texas portfolio or even Encana dishing out $3 billion for 45,500 net acres, there's absolutely no question that the Eagle Ford is a hotbed of activity. 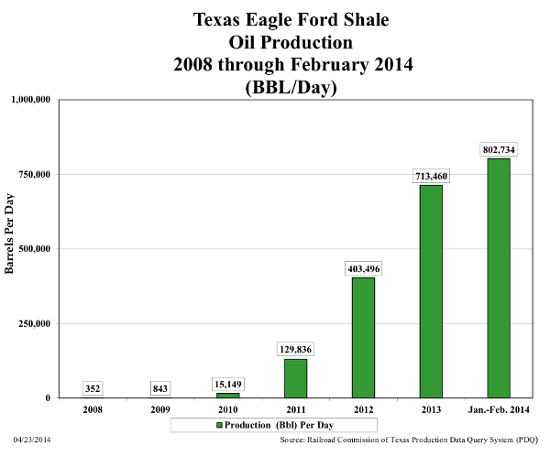 More importantly, it's paying off in spades for individual investors like us.

No matter how pessimistic people become over producing conventional oil from tight formations like the Eagle Ford, the bottom line is that energy is perhaps the most profitable long-term investment in our lifetime.

And one of the biggest mistakes traders make today is that they almost never look ahead. Back in 2009, you could've closed your eyes and doubled your money on oil stocks. It's an entirely different situation today.

Granted, it's not that there aren't opportunities out there. But generating the kind of life-changing wealth my readers have experienced in the past — like boosting your profits by as much as 52 times your standard oil trade — is more than a lucky roll of the dice.

It's not a fluke, mind you. Instead, my readers and I have developed a simple technique that pinpoints the most undervalued companies trading at a steep discount.

Believe me, there's a good reason why super-majors like Shell have consistently failed to deliver the kind of returns their shareholders deserve. 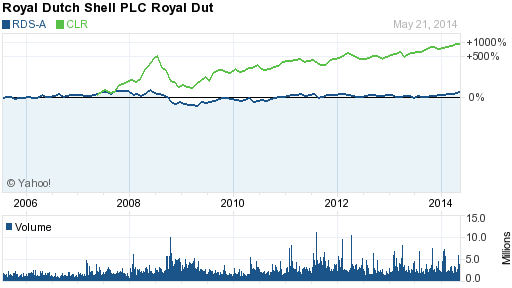 Perhaps it's time you leave Big Oil to the orphans and widows and take control of your investments.