Bitcoin: What Is It Good For?

Out with the Old, In with the New

It’s time to buy into the world’s next gold rush.

No, this time we’re not talking about some miracle commodity like lithium, cobalt, or even oil.

Today, all eyes are on Bitcoin.

Bitcoin was the world’s first decentralized cryptocurrency, and since the public got wind of it just a few years ago, interest has skyrocketed.

Along with, of course, its price:

This odd digital currency has minted new millionaires practically overnight! Quadruple-digit gains have not been outside the realm of possibility for many who got in early or bought the short-lived dips.

But is it too late to jump on the Bitcoin bandwagon?

Actually, this may just be the perfect time to start cashing in big...

In case you’ve been living under a rock or have been guarding your physical cash like a dragon hoards treasure, here’s the lowdown on Bitcoin and its ilk:

Bitcoin is the world’s largest and most valuable cryptocurrency. Cryptocurrencies are created to be decentralized payment systems that can be used to buy and sell things worldwide, no arbitrary exchange rates required.

What makes Bitcoin so special, however, is the wide range of uses it’s found.

While many new “coins” on the market today are treated more like securities than actual money, Bitcoin can in fact be used to buy and sell things online and even at a select few physical venues.

The most important parallel to be drawn here, though, is the one between Bitcoin and a much older, more traditional form of currency: gold.

Right now, a single Bitcoin is going for more than double the price of an ounce of gold! 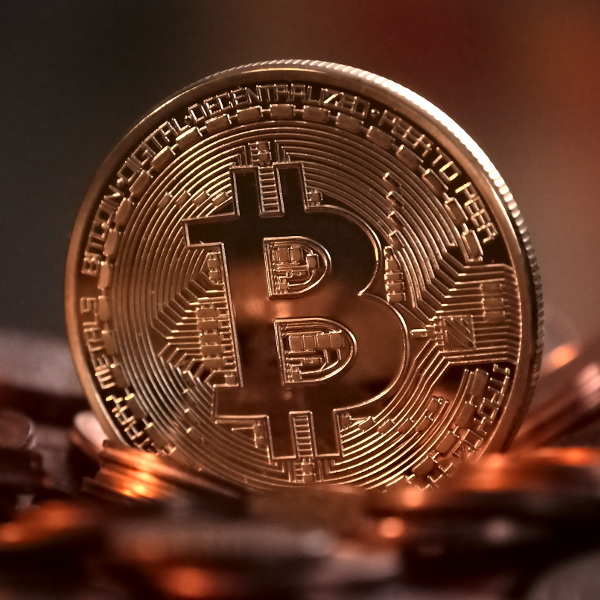 Bitcoin has never been a physical object like gold, though you can (ironically enough) buy novelty gold Bitcoins online. So what’s the draw of this digital currency?

Deregulation, for a start.

Our own Luke Burgess defines this as the biggest similarity between the two:

The truth is Bitcoin actually has its roots in gold.

Bitcoin was invented by an unknown programmer and released as open-source software in 2009. But the architecture for Bitcoin was actually conceptualized more than a decade before. And the guy who got the ball rolling was a gold bug.

In 1998, a computer scientist named Nick Szabo designed a mechanism for a decentralized digital currency he called "bit gold"...

The only difference now lies in how exactly Bitcoin and gold are used as a store of value.

Gold is obvious: The metal itself is rare and universally valuable. It’s been used as “money” for millennia, and is just too unique to be replaced.

Bitcoin, on the other hand, is a digital asset that relies on a technology called "blockchain" to operate. Blockchain keeps track of all Bitcoin transactions and is self-regulating.

Blockchain technology has given Bitcoin the same key characteristics that make gold so valuable: it's finite, impossible to replicate, and secure. That's why Bitcoin has managed to soar past gold in value, operating as a store of value in countries all over the globe.

However, Bitcoin buyers often treat the “coins” like stocks rather than actual money: they buy the dips in price, then sell when it goes higher.

That’s not where we’re looking to make our money today...

The cryptocurrency has risen more than 300% in the past year alone...

Bitcoin bears are saying it’s time for a correction.

Bitcoin bulls claim coming changes to the blockchain technology will push the digital currency to new highs. Some analysts are even seeing prices between $50,000 and $500,000 by 2025!

That massive margin of error tells us all we need to know about Bitcoin’s future: we just don’t know.

All we can say for sure is that interest in the digital currency and its like won’t fade anytime soon.

You and I both know it’s true: sometimes the biggest gains on a single commodity are made not from the commodity itself but the companies and technologies supporting it.

In the case of Bitcoin, that means the massive “mining” machines that keep the currency in circulation.

These machines can cost upwards of $20,000 each, and you’d better believe miners need a bundle of them to “mine” as much Bitcoin as they possibly can!

The stocks behind these machines are already making a killing in the market... and one in particular has caught our eye.

There’s no better time to hop on this fast-growing bandwagon. If you’re ready to take the leap, Luke’s comprehensive Bitcoin report is the place to start. It details the situation surrounding Bitcoin today and the stock that has already captured a huge portion of the Bitcoin mining market.

I’d suggest giving it a look as soon as possible. You can watch the video presentation here, or read the transcript at your leisure right here.