Are the Doomsayers Closer Than Ever to Being Right?

Precious metals are still killing it...

Many analysts, including myself, were expecting to see a short-term pullback in precious metal prices on profit taking once the news of Brexit petered out.

But the British pound continued to see significant weakness throughout last week — leading the sterling to a 31-year low and boosting precious metals until Friday. 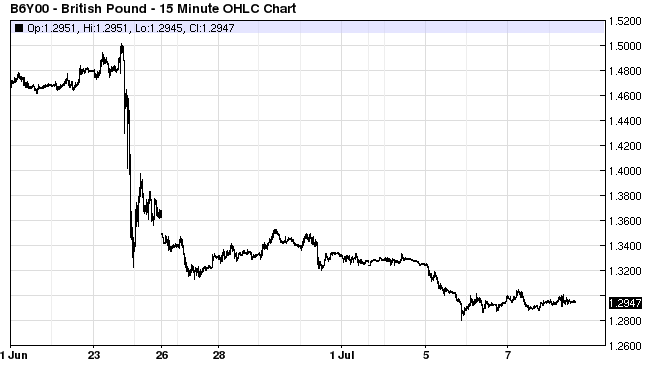 For short-term traders, all of the precious metals look toppy right now. But longer-term investors can rest easy.

Growing fears of global economic slowdown will likely continue weighing down on fiat currencies throughout the fall and drive more investors into safe havens like gold.

Up next, investors will be watching what the U.S. Federal Reserve has planned next.

At the beginning of 2016, many investors expected the Fed to hike interest rates at least twice this year. But now, traders are putting the probability of a single federal funds rate hike at only 8% for the rest of the year.

In fact, traders are assigning a 10% probability that the Fed will actually cut rates at the July FOMC meeting!

It's becoming evident that the Federal Reserve's rate hike in December 2015 may in fact have been a last-ditch effort to prop up the U.S. economy. Since 2008, it's quadrupled the money supply to increase its member banks' liquidity.

But you can only print so much money without the serious threat of hyperinflation. Perhaps the Fed's December 2015 hike was simply a bluff — an empty message to investors and the public: “Everything's great!” 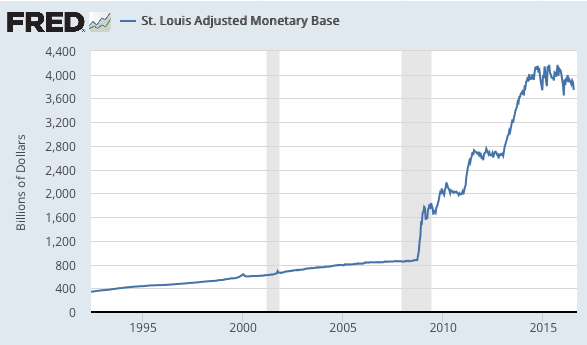 Now, I'm not ready to start heading for the bug-out house just yet. But a significant pullback in the U.S. and broader economies in tandem with severe political and social turmoil all over the world could create a toxic recipe that could lead to global disaster.

And perhaps the doomsayers are closer than ever to being right.

But with that in mind, I really urge you to own at least a little gold — despite recently rising prices. And the perfect bullion coin to start is a very small coin that will only cost you around $155 right now:

The coin above is a 1/10-ounce American Gold Eagle. I mentioned these bullion coins to you briefly last weekend.

The main advantage of 1/10-ounce AGEs is their size. First, if you do a lot of buying and selling of physical bullion like I do, the fractional gold coins allow for purchases and sales below one full ounce.

But also, if it ever came down to actually having to use gold as money (and I honestly hope that never happens), the 1/10-ounce American Gold Eagle would be the coin to use.

A full one-ounce Gold Eagle has the purchasing power of over US$1,350 right now. And if you had to start using one-ounce AGEs for money right now, for whatever reason, you'd have a problem — they're simply not divisible. The 1/10 size would make for a much easier coin to use in an event where you'd be trading gold as currency.

Additionally, since they are very small, the 1/10-ounce fractional size makes them available to all budgets. Anyone can start to be a gold investor right now for under $160. So you actually end up with more potential buyers when it comes time to divest.

The American Gold Eagle is also available in fractional sizes of 1/4- and 1/2-ounce. These sizes are a little easier to deal with when buying and selling.

However, the premiums for 1/4 and 1/2 AGEs seem to be generally higher than the 1/10-ounce coins right now, which is not common. Generally, the rule of thumb with fractional bullion is the smaller the size, the larger the premium.

My guess is that collectors are paying a bit more for the 1/4- and 1/2-ounce bullion coins due to their lower mintages. And even though I just mentioned that you don't need to be overly concerned about paying a premium for gold, there's absolutely no reason to pay for any “collectible” value either. The 1/10-ounce coins are the most affordable fractional AGEs.

Also to avoid all “collectible” value, stay away from any coins that have been authenticated and certified by a coin grader.

These coins can sell at extreme premiums due to their exceptionally good condition. Don't pay for that, either. The most well-known coin graders are PCGS and NGC — and you'll sometimes see 1/10-ounce American Gold Eagles in their holders (as seen below).

Stay away! These are coins for collectors, not investors.

When buying 1/10-ounce American Gold Eagles, or any bullion coin, for that matter, the most affordable options are typically going to be either brand new or “random date” uncirculated coins.

Most of the time they are referred to as “BU,” which is simply an abbreviation meaning “Brilliant Uncirculated.” Here's a screenshot from bullion dealer APMEX's website as an example:

The 1/10-ounce American Gold Eagle actually represents more than half of my personal physical gold holdings — both long and short term. I find it the easiest and most affordable physical gold bullion to trade.

If you don't own a single gold investment but are interested in getting started, the 1/10-ounce American Gold Eagle is the perfect bullion coin for trading right now or during some terrible doomsday scenario.