3D Printing on a Commercial Scale

3D printing has been hogging the headlines on tech sites and blogs for a while (at least, until Apple debuted its new iOS 7 and a slew of other products at the latest WWDC). But in the popular mind, 3D printing was and is still seen as a bit of a niche thing—a curiosity, more or less. 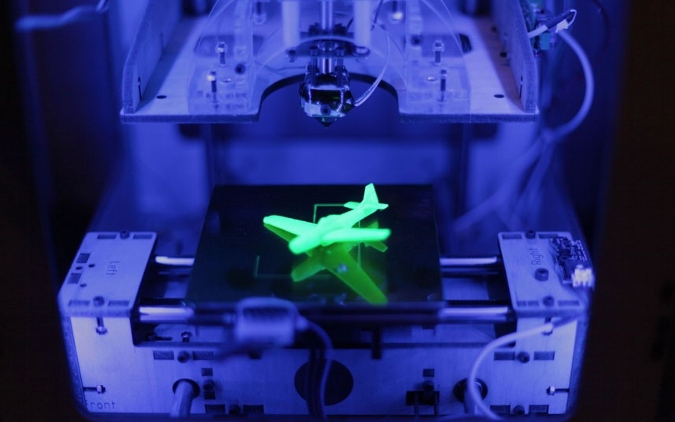 But things may about to change dramatically now that Amazon (NASDAQ: AMZN) has thrown its weight behind the technology.

CNBC reports that the ubiquitous online retailer has just unveiled a dedicated 3D printing section on its website. Consumers can now either buy 3D printers or materials for them—or both. This would include relevant software, filaments, and a variety of other accessories.

This comes after Staples, Inc. (NASDAQ: SPLS) began selling its take on 3D printing, called the Cube. Taken together with Brooklyn, New York-based company Makerbot, which offers a wide range of digital designs that consumers can download and then print off their Makerbot machine, it seems reasonable to speculate that 3D printing is catching on and may soon become much more than a niche attraction.

Indeed, no less a figure than Amazon’s CEO Jeff Bezos recently appeared to dismiss 3D printing as something “interesting” but not really on Amazon’s radar. That may have been in reference to Amazon using 3D printing technology to create goods to sell, but given the latest move—selling the actual equipment to consumers—it’s clear that Amazon is not about to ignore what may become a major industry.

The 3D printing market has not really taken off in a big way—yet. That’s primarily because it lacked any sustained and serious major retail support (Staples is the exception here). As of now, it’s unclear just what Amazon has in mind for the longer term. After all, the section only just opened on its website.

One thing’s clear, though: 3D printers are definitely not an offhand purchase. A quick view at Amazon’s offerings reveals that even the lowest-end models begin around $1,000, topping out with the Makerbot at approximately $2,500.

Taken together with all the peripheral supplies needed to get anything productive out of a 3D printer, it’s plain there won’t be any household applications within the near future.

However, let’s not dismiss the notion in haste. 3D printing, in short, uses a printer to “build” three-dimensional objects based off a digital model, or blueprint. These can be crafted digitally using software, and the printer then creates the object using input materials like plastic, ceramic, or even glass.

At a philosophical level, it certainly will have massive impact on the very way we perceive objects—both everyday ones and the more exotic ones. The President is already taking a lead on this matter. Back in February, President Obama requested that Congress pledge support for a $1 billion plan to advance 3D printing research and development.

Several companies have tentatively made advances in the arena of 3D printing. Nike, Inc. (NYSE: NKE) made use of 3D printing to develop a new form of cleat for a running shoe. General Electric (NYSE: GE) is using it to develop aircraft components and technologies, and NASA is relying heavily on 3D printing technology to advance its space-faring research.

Over in the rapidly heating-up biotech field, researchers are looking toward 3D printing to try and harness it to use stem cells to “print” organs. And the field of reconstructive and cosmetic surgery has already made significant advances, using 3D printing to print out physiologically accurate prosthetic body parts.

Scaling even larger, D-Shape, a 3D printing company, is hoping to build 3D printers on a large scale to “print” whole houses!

On more modest levels, companies like Makerbot and Shapeways are trying to translate the near-unlimited potential of 3D printing into something applicable toward household necessities. After all, on paper the only limitations to 3D printing are defined by availability of raw materials and the creativity of the artist.

Biotech is one sector that could see serious benefits from 3D printing technology. Quite aside from prosthetics some companies are using 3D printers to try and print functional human tissue that can be used for medical research and, perhaps, regenerative therapies. It’s a long road toward simply printing out functional organs, but this research is garnering a lot of attention right now, and universities like Cornell and Wake Forest are focusing on it.