Last Chance for the Last Frontier

There's a reason Alaska is called "The Last Frontier."

Before we get into the state's last hope to turn its production curve around, let me remind you how dire the situation is on the North Slope...

In 1989, over 700 million barrels of crude flowed out of the Alaskan oil wells — 97% of which came from just the North Slope. Production was only surpassed (and just barely) that year by Texas fields.

It's been downhill ever since. 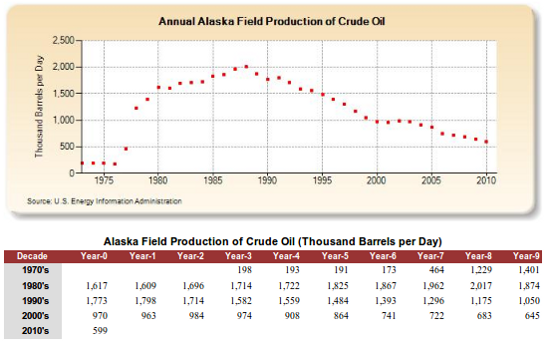 In 2011, Alaskan oil producers averaged 563,000 barrels per day, or just a little over twenty million barrels for the entire year.

You also might notice that since production peaked in 1988, Alaska has only managed to increase year-over-year production twice — the last time being 2001.

What's worse is that Alaska is still our second-largest producing state.

California is having even more trouble increasing production.

To add insult to injury, the USGS announced there was 90% less oil than previously thought in the National Petroleum Reserve in Alaska. The estimated 10.6 billion barrels of conventional, undiscovered barrels of oil were cut to just 896 million barrels.

So where do we go from here?

If we're talking about last frontiers in the oil industry, drilling in the Arctic Ocean is about as harsh and isolated as it gets.

Then again, if there's a barrel of oil to be found, you can bet someone will try to get it...

Twenty-three months after the BP debacle with their Macondo well in the Gulf of Mexico, Shell is already preparing two ships to begin drilling exploratory wells in the Arctic this summer.

Fortunately, Alaskans may not have to cross their fingers when Shell's Kulluk begins drilling exploratory wells in the Arctic in July. Because this time, they're taking their cue from the lower 48 states.

Not Your Typical Shale Play

For the last few years, the buzzword in the U.S. oil and gas industry has been "shale"... and for good reason.

During the next decade, production from these fields is expected to make a significant contribution: 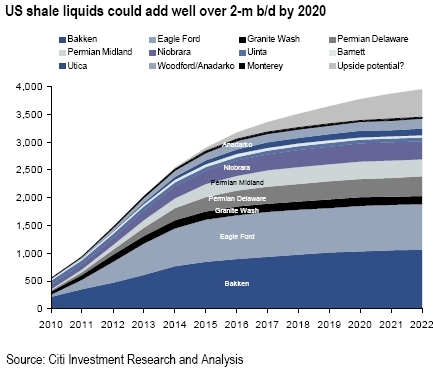 Alaska's hopes of joining the party were sparked recently when the USGS said last month there are potentially two billion barrels of oil and 80 trillion cubic feet of gas from the North Slope's shale resources.

And while that may be the high-ball estimate, any news is good news at this point.

Though we've never been the most optimistic supporter of Alaska's oil and gas industry, there is one slight advantage these drillers will have: Considering how far the state's oil production has dropped since peaking 23 years ago, there's certainly pipeline spare capacity available.

The Trans-Alaskan Pipeline System (TAPS) first started shipping oil back in 1977, and the pipeline's maximum capacity is about two million barrels per day.

In other words, there's plenty of room for new supply.

Back in December, Royal Energy came out with the winning bid on acreage in the North Slope.

With 100,000 acres under their belt, they plan to drill as many as six exploratory wells next year.

Now, if we had to bet on Shell's Arctic gamble and the upcoming shale development on the North Slope, there's really no contest...

It's easy for us to shy away from the majors like Shell. Their performance has been absolutely lackluster compared to plays we're used to, and it's no different with these new plays coming up in Alaska. 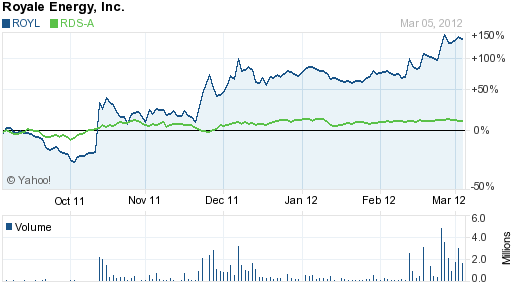 We've seen this scenario before with Exxon's $41 billion deal for XTO Energy... and again with the $12 billion BHP paid for Petrohawk Energy... and then there was the $4.4 billion buyout of Brigham Exploration by Statoil...

And how many times over have the smaller drillers doubled investors' money?

The more success these oil stocks have developing their shale acreage, the more companies like ExxonMobil and Shell will be forced to pay for a piece of the action.