A Realistic Look at the U.S. Energy Portfolio

Why 100% renewable energy isn't in the cards 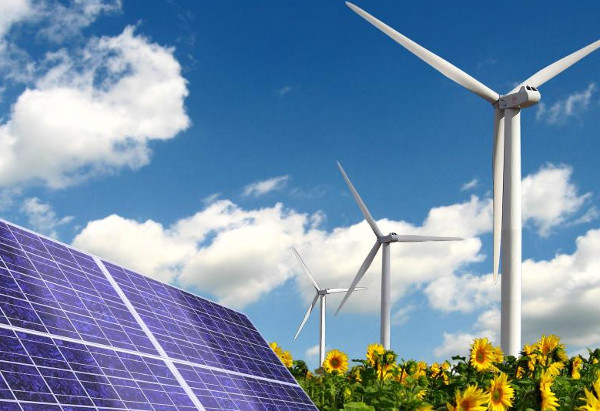 After such ambitious goals as California and New York running on 50% renewables by 2030 (California is already just under 25%) one group of scientists from Stanford and Berkeley is encouraging the whole country to aim for full renewable power: 100% energy without fossil fuels, biofuels, or even nuclear power, by 2050.

This is an ambitious goal, and not an impossible one. But it will be hard to actually bring to fruition.

The push for renewable energy comes from the need for clean energy, or power from sources that do not put carbon emissions into the air. A plethora of diseases and climate problems would be solved if we cut out all dirty forms of energy.

But this would also consist of blanketing the Earth in solar panels, hydro-power dams, and wind turbines. Researchers admit that the transition would cost 3.9 million jobs in the energy sector, with a gain of only about 2 million jobs in the new market.

The low cost of renewable energy is displaced by the cost of replacing all of our coal, natural gas, oil, and nuclear plants with completely different, and unequal technologies.

And of course there is the most prominent problem: all renewable energy sources are intermittent. Heat, ice, and battery storage would all be needed to cover energy demand when the weather is bad.

But, as MIT doctoral candidate Jesse Jenkins asserts, a mixed portfolio would allow renewable energy to provide a higher percentage of U.S. power without the total loss of established, more currently cost-effective sources.

Jenkins has a model he believes would be optimal for both lowering carbon emissions and keeping up the energy supply. This plan includes 67% of energy coming from nuclear plants, hydropower, and fossil fuels that include carbon-capture technology. Nuclear will be the most prominent power source due to its low carbon emissions and high potential energy reach of 91.8%.

Wind and solar would provide about 19% of the needed energy, and the last 13% would be from gas power plants that only run for short periods of time when energy demand peaks.

“If you try to push any one of these pieces too far, it ends up being more costly and difficult to manage than the optimal system,” says Jenkins.