Written by Christian DeHaemer
Posted May 31, 2016

3-D printing is a technology that allows us to come up with plans for something and then print that thing out, not as an image on paper, but as an actual 3-D object. Most people think of it in context of the 3-D printing class they took at their local library, but this technology could actually save lives.

We've been using 3-D printers in medicine for a while now, but didn't have the ability to produce organs and complex tissues, until now... 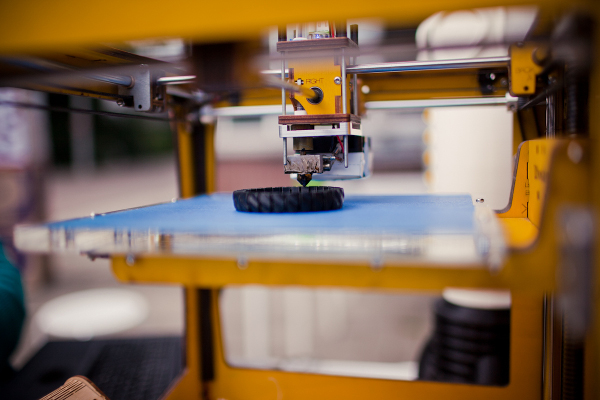 Stem cells are an integral part of medicine, with recent advancements in the field seen as possible cures for deadly diseases like cancer, diabetes, autoimmune diseases, and Parkinson's disease.

Stem cells are, at their most simplistic, cells that can be changed into other cells: heart, brain, blood. Essentially, they replace dead or diseased cells with healthy ones. Stem cells are difficult to extract however, and we've always had a limited number available.

The ability to print stem cells en masse is an amazing advancement in the field of stem cell research as it will lead to even more research and medical developments. And if this technology leads to 3-D printing of organs as Nano Dimesion believes it could, an advancement of that magnitude would be world-changing. The average waiting time for someone needing a kidney replacement is 3-5 years, but if we could simply print a new, working organ... it would mean the difference to thousands of people.

With these advancements, the bioprinting market is expected to boom, with a market that could be valued at $6 billion dollars in less than ten years.

Invest in bio tech now, before it's too late.

Read more about the 3-D printing of stem cells here.