1. Slowing investment: New investments in oil and gas have dropped from $780 billion to $450 billion in the past two years. Restarting oil wells is not like flipping a switch. Especially if they are owned by the 90-plus oil companies that have gone bankrupt over the last two years. 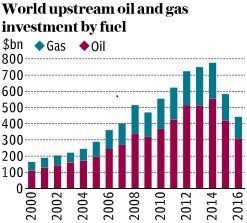 2. New oil discoveries have dropped to the lowest levels in 60 years, according to the International Energy Agency.

3. Wells are old and running out. The IEA says wells are depleting annually at 9% a year.

4. The electric car won't cut it. Electric car sales are growing rapidly but are still under 1% off all car sales. 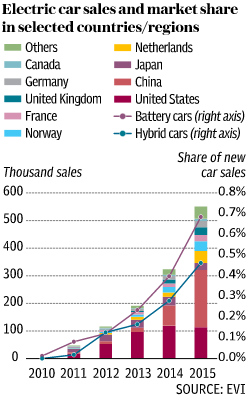 5. Spending has dropped most in politically stable areas. In Britain, investment dropped to 1 billion pounds from 8 billion. Investment in Canadian fields has fallen 62%. This leaves the global hotspots in control of prices.

6. In a quest for market share, both Saudi Arabia and Russia are pumping all out. They can't pump more even if they wanted to... They can, however, pump less. Today, the Saudis proposed cutting 500,000 bpd. Russia is down to $32.2 billion in its rainy day fund and will run out by Q2 2017. It can't continue to expand production at a loss.

7. The IEA said global spare capacity is thin, at just 1.7 million barrels a day. This suggests that the market will swing from glut to scarcity with shocking speed.

10. China oil imports are not slowing down. The demand paradigm over the summer was that China's strategic reserves for oil was almost full. This turns out not to matter. According to Thomson Reuters, crude imports for China have hit record highs every year for the past 10 years, averaging around 31 million tonnes per month for 2016 so far, up from last year’s then-record of 28 million tonnes per month or 13.5% through August. This is due to demand from independent refiners called teapots. Furthermore, the second phase of its strategic tanker storage is just getting started.

Stay on top of the hottest investment ideas before they hit Wall Street. Sign up for the Wealth Daily newsletter below. You'll also get our free report, 3 Oil Stocks to Double.

11. China cut oil production spending by 5.1% this year. Chinese production is expected to fall 6.9% in 2016. Not all of this is lack of investment — Chinese fields are 50 years old and are in terminal decline. 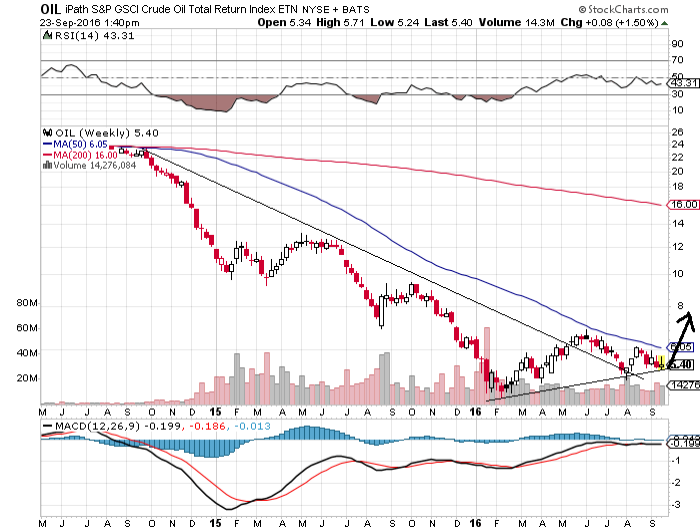 As you can see on the chart, we have tested the bottom and put in higher lows. The downtrend is broken. RSI and MACD are bullish. The 50-day MA could be broken next week. The 200-day MA is a long way up there at $16. Oil could jump to $75 faster than you can remember. This would move our small-cap oil plays in a big way — expect gains of 500% to 1,200%.

If this isn't a bottom in oil, it's damn close.

14. Fickle CBOE traders. The WTI contract is the world's most heavily traded energy contract. To give you an example, on February 10, 2016, 1,609,771 contracts were traded. Each contract represented 1,000 barrels each. That day 13 million barrels of actual wet oil were bought and sold. This means that 123 paper oil barrels were traded for every one actual barrel produced. That's ridiculous. And we know from past experience that when the trading herd reverses, it does so en masse and with great vigor. The short squeeze will be huge as stops are hit and margin calls blown up.

The upshot is that there has been less investment in upstream over the last two years. There have been no new big oil discoveries. China and India are increasing demand. Saudi Arabia and Russia have no more room to expand. The chart has bottomed. Market sentiment will change on the next “unexpected” global event with an epic short squeeze that will send oil prices much higher.

The best way to play this is by investing in small global oil companies with strong balance sheets and a mother lode of hydrocarbons. I've found the three best small-cap oil companies in the world. You want to buy now, before it's too late.